Before I started my internship at Izod, I was only given a vague idea of what I would do. I wasn’t sure of what I would work on and what environment I would be in, but I was excited. For a long time, fashion has been a big part of my life, and my time at Izod was my first professional experience. I spent my time there shadowing my dad’s girlfriend, design director Sarah Lee. 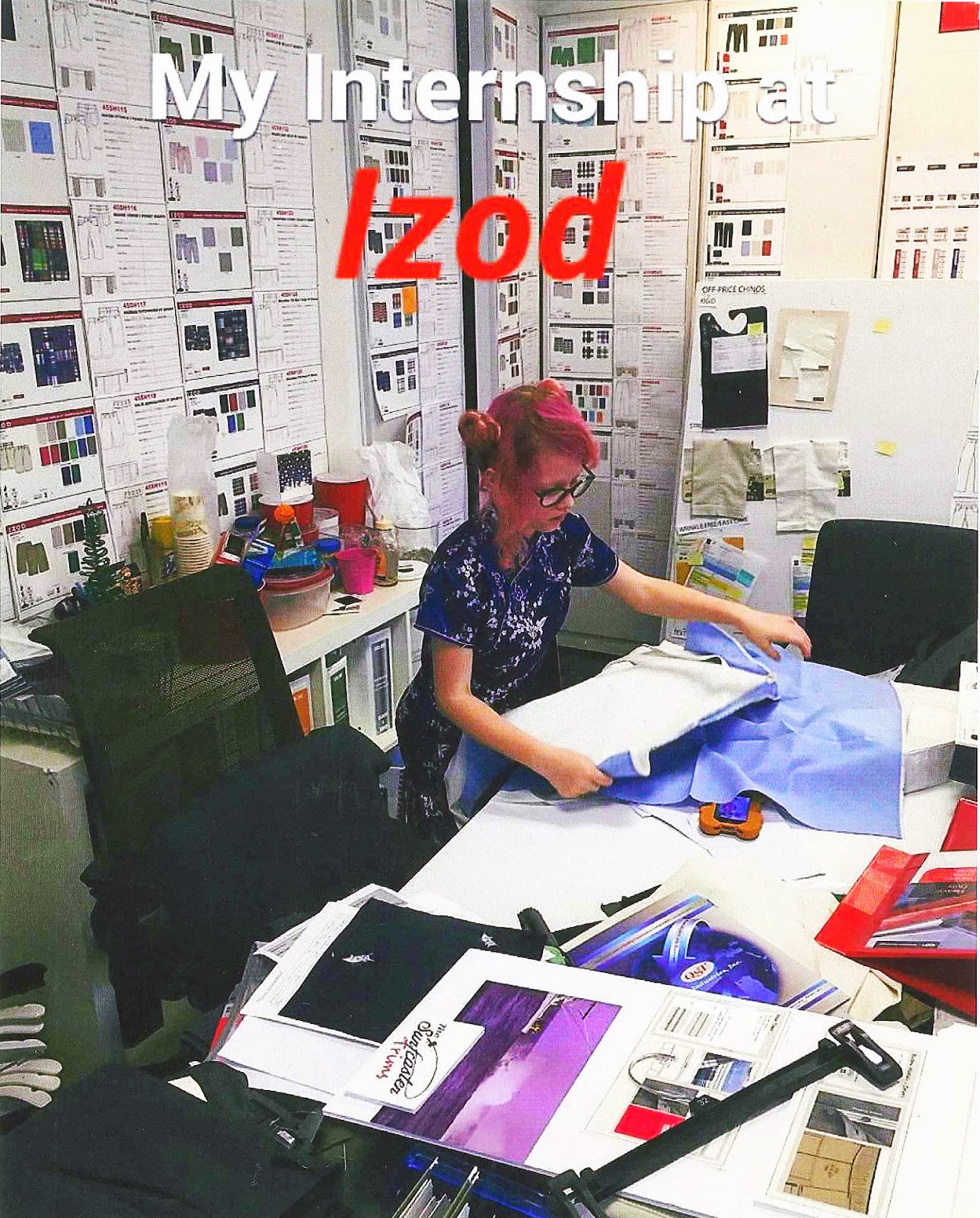 During my internship, I participated in many tasks. For example, I learned record-keeping skills when I cut and filed fabric samples for fall 2015 to spring 2016. I arranged portfolios of different collections, where I learned organization skills. I opened and hung sales samples for spring 2016 fashion market (where Izod presents designs and samples to buyers such as Kohl’s and JC Penney). I also attended several meetings, including a weekly production design assistant meeting with the director of merchandising, where I learned how to sleep with my eyes open.
However, my experience was not just work; I was able to eat snacks, take breaks, and even go out for lunch, instead of me bringing something from home. I would often talk with the people I was working with, and they were very friendly. Therefore, the time I spent there was much more enjoyable.

One of the important things about the experience was that I felt like what I did actually played a part in helping organize a lot of the work that was already done. The work I participated in helped keep work that was done for later seasons in order, as well as make it easier to come back to in the future. I did work for the design team for men’s bottoms (where my father’s girlfriend was head), and was mostly given work from the product development assistant Ann Santos. One of the perks of my internship was that I was able to express myself, and wear what I wanted to, and in the long run what I thought was fashionable. However, because I was working at a fashion company, I felt the need to dress in a professional matter, which wound up giving me a certain confidence.

When I look back on the experience, I can say that it was a great opportunity, and that I learned a lot in the three days that I was there. Not only did it teach me valuable skills that I will need to pursue a career in fashion, but it taught me that if I’m doing something related to what I love, I can have a good time. When I first entered the building, I was a bit anxious about what I would be doing, but I wound up having a great time. I enjoyed working there so much that I have decided to go again during spring break, and learn a little more.