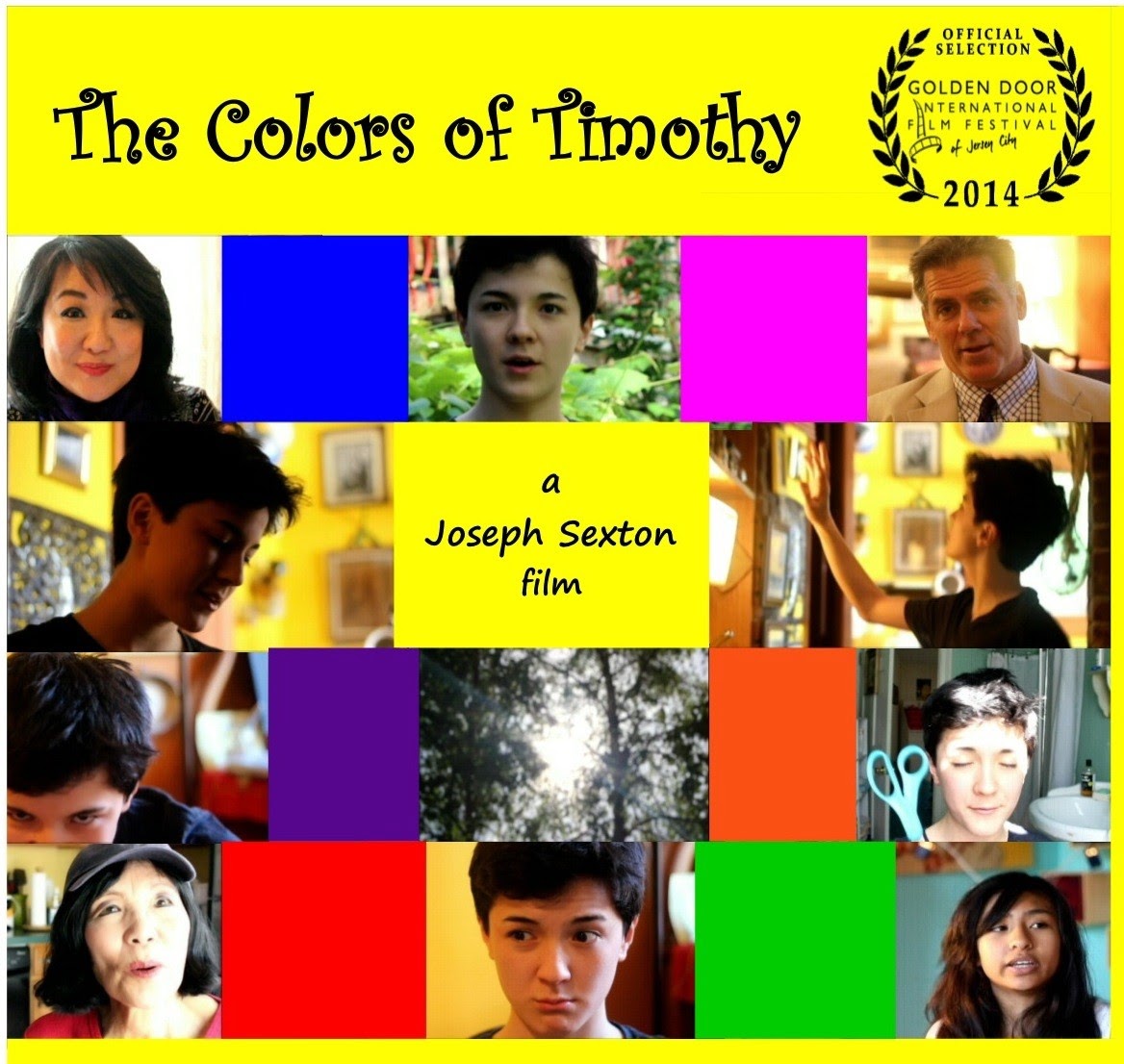 At age 8, his parents got him a Flip camera, and he was hooked. “He was a natural, taking to it like a fish to water, producing some amazing stuff even back then,” explains his mom. “Course, back then, he didn’t know how to edit, so he’d shoot 10 minute long scenes that were never-ending.”Fast forward a few years, and Joseph’s s latest film, The Colors of Timothy has been named an Official Selection of the 2014 Golden Door International Film Festival! This film was originally created for and viewed during the Explore 2000 2014 Spring Celebration: Colors. Joseph wrote, directed, edited, and played the lead.Joeseph’s film will be screened at the Grand Ballroom Theatre at the Westin Hotel at 1pm Saturday, Sept 20, 2014. Tickets can be purchased at http://www.brownpapertickets.com/event/855050. The 2014 Golden Door International Film Festival is run by the Sorvino family of actors and this year sponsored by Tommy Hilfiger. The Explore 2000 family wishes to congratulate, Joseph- we are so proud of your cinematographic gift!